Back to Blog ListPreviousNext
Posted on: January 22nd 2021

Another week draws to a close, during which the Education Secretary said that he 'certainly hoped' schools could reopen before Easter although he was 'not able to exactly say' when. When schools closed in January, Boris Johnson said this would be until at least half term and it now seems clear we will be learning from home for at least some of next half term too. Gavin Williamson did say that he would give schools notice of at least two weeks so we should have time to plan for a full reopening very carefully - assuming this period of notice is what comes to pass, of course. Until we are back in school, we will continue with remote lessons, giving students regular contact with their teachers and tutors. We will also continually review our provision, as we did at the end of last week, and to make improvements as we go.

The changes we are making from next week have been well received, thank you. I do think it is worth clarifying the 'cameras on' request as I know this has caused some students some anxiety. The aim is to encourage students to have their cameras on during lessons - but not to make them do so. We know that at one end of the spectrum are students who want to have their camera on but who don't because they think they might be the only one and who just need to be invited by the teacher to do so, while at the other, there are some for whom having their camera on makes them feel anxious. Somewhere in between, I suspect, are students who prefer not to be seen as they are not necessarily always doing what the teacher has asked of them! I would ask that you talk to your child about this. As a parent, you obviously know your child well and please reassure him or her not to worry if the thought of having the camera on in lessons is a source of anxiety; it is not something they will be pressured into doing. However, if this is not the case, please do try to encourage your son or daughter to use it. It is so much better to be able to see students during lessons and this afternoon, several staff have emailed, having taught lessons today where there were more students visible to them, commenting on what a positive difference it made.

Well done to Freya in Year 7 and Keeya in Year 8, both of whom have passed music exams with Merit recently. In Freya's case this was Grade 2 guitar while Keeya took her Grade 4 clarinet exam. Miss Occhionigro passed on how impressed she was with students in 9.2 who have done some fantastic work in Spanish. Working in groups in breakout rooms, they were asked to create poems inspired by a Spanish one called (translated into English) A Man Without a Head. To practise modal verbs, Miss O asked them to adapt the poem using another body part and things you cannot do without it (the mind boggles!). There was imagination, creativity and a lot of humour and Miss O was really proud of what they produced. Well done, 9.2!

The first ever CGS Fun Run took place last month. This was originally planned for last summer but for obvious reasons could not take place so the Committee, undeterred, decided to run it virtually. Over 100 people entered and there were some exceptional times submitted. We will announce the winners in each category next week.  A big thank you to everyone who took part and especially to the parents who made it happen. The event raised over £1,500 which is excellent. It would be great to see the Fun Run become an annual event and let's hope that the next one can take place at school as originally planned.

Many thanks to those parents who have donated devices they no longer need to Ivingswood Academy. These have been very gratefully received and will make a real difference to the children there.

Last night, we held our third virtual Parents' Evening of the term, this time for Year 9 parents. Year 9s are about to begin the process of choosing their GCSE options and I know these meetings with teachers are an important part of this process. I must thank Mr Stoddern who has worked tirelessly to deal with any issues which have arisen during each event so far. His feedback to the company which runs the online system has led them to make several key improvements. We are looking forward to meeting Year 12 parents next week and by the end of this term, all our Parents' Evenings will have taken place.

I have been asked to remind any parents who would like to make a voluntary contribution towards the cost of additional materials provided this year, details of which were sent home last term, that this is still possible via ParentPay. The option to do so will remain until around half term. Many thanks to those who have already been able to do so.

I do hope that those of you with a child in Year 11 or Year 13 have looked at the DfE/Ofqual consultation on summer 2021 exams. I will write to you separately with a summary and with some initial thoughts. While there will be no certainty until the final details are published following this consultation in a few weeks, there are some key messages we can share with you. It is important that we keep in regular contact as we know you will be worried about the situation. If you have any questions in the meantime or at any time, please do not hesitate to let us know.

Finally, the fantastic news that we have now exceeded the £25,000 target we set ourselves for our CGS Outdoors appeal. I cannot thank our very generous parents enough and nor can I wait to see the students make full use of the facilities this will enable us to provide. 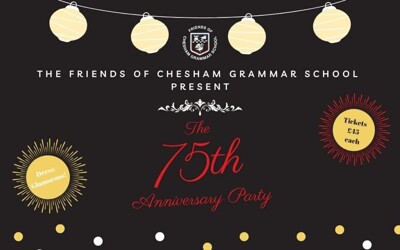 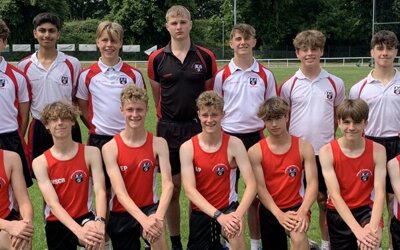