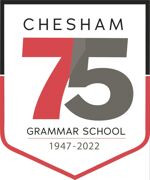 Annmarie has been the Headteacher at CGS since September 2015.  She joined the school as Head of Sixth Form in the late 90s before being promoted to Assistant Head and then Deputy Head, a role she held from January 2007 until her appointment as Headteacher.  During her time on the Senior Leadership Team, she has introduced several new initiatives and was the driving force behind 'CGS Learning', the school's bespoke approach to teaching and learning.  She was an integral part of the CGS journey from good to outstanding and is very proud of what was achieved in the process.

Before moving to Chesham Grammar, Annmarie taught at Backwell School, a large, nine form entry comprehensive school just outside Bristol, where she was Assistant Head of Sixth Form.  Annmarie is a graduate of the University of Bristol where she read Theology and Sociology and where she also studied for her PGCE.  Annmarie lives in Berkhamsted and is married with two sons, both of whom are students at CGS.

Tim joined Chesham Grammar School in September 2015 having been Subject Leader of Geography at Dr Challoner's Grammar School, Amersham for four years. Prior to that, he worked at Sir John Lawes School, a mixed comprehensive in Harpenden. His current role includes responsibility for teaching and learning as well as staff professional development. He is married with two young daughters and a son.

Hugh joined CGS in 2012.  Prior to becoming Assistant Head, Hugh has been Subject Leader for History for the past four years and before that had led the Politics Department. As well as leading in these subject areas, Hugh has performed a number of other roles within and beyond the school as More Able and Talented Coordinator and also a Specialist Leader for Education for the ASTRA Alliance.  Within that role he has worked closely with the ASTRA SCITT, in particular delivering the subject specific training to History trainees from across the Alliance.  His primary teaching subjects at CGS are History and Politics and his main responsibilities as Assistant Head are for Teaching and Learning.  Hugh grew up in Sussex and Surrey and then went on to complete his undergraduate degree and teacher training at the University of Exeter.  He now lives in Chesham.

Karen joined CGS in 2017 after nine years at Ranelagh School in Bracknell, where she had been the Curriculum Leader for History and completed a one year Associate Assistant Headteacher programme.  She also led the Wilderness Expertise and Duke of Edinburgh programmes.  Her primary teaching subject at CGS is History and her main responsibilities as Assistant Head are for Data and Exams.  Karen was born and raised in Chesham, completing her degree in Politics and History at Brunel University.  She then moved onto the University of Oxford to complete her PGCE and then her Masters in Learning and Teaching.  Karen now lives in Sonning with her husband who is also a teacher and their baby son.

Kevin joined CGS in 2013 as Team Leader for Science, after working for 11 years in schools in Yorkshire, the Midlands and more recently in Berkshire.  Kevin's primary subject is Biology, he also has experience of teaching the other Sciences to KS4 and PSE.  Kevin is the Educational Visits Coordinator at CG. His other responsibilities include overseeing attendance, the school calendar, and staff appraisal.  Kevin  lives in High Wycombe with his wife and young daughter.

Originally from Liverpool, Jonathan moved to London for further education.  He joined Chesham Grammar School in September 2016 as Subject Leader for Mathematics.  In 2020 Jonathan successfully applied for the role of Assistant Head Teacher.  Prior to work at Chesham Grammar School Jonathan worked in London Schools for 8 years.  He has two sons and a daughter and spends his free time running and reading.  Jonathan is a big fan of nature and the mental health benefits it can offer. 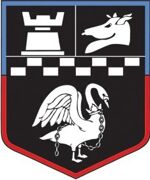