Back to Blog ListPreviousNext
Posted on: November 8th 2019

This morning we held our annual Remembrance assemblies (Year 11 mocks next week have prevented us from holding these on 11th this year) which culminated in an impeccably observed two minutes silence following which Nick in Year 12 played The Last Post. I was very proud of the students and would like to thank all those involved. Mrs Jashari and Mrs Lewis organised the music including a moving rendition of ‘In Flanders Fields’ sung by our wonderful ‘Man Choir’. Those students who belong to local Cadet Corps, led by Ben and Megan in Year 13, presented a poppy wreath at the start of each assembly and our Head Boy Matthew, Head Girl Sofia, Deputy Head Boy Tom and Deputy Head Girl Charis delivered readings and poems.  Thank you to all involved. On Sunday, our Head Boy, Matthew, will represent the school and lay a wreath on behalf of the CGS community at the War Memorial in Chesham during the town’s Remembrance Service.

During the week, Year 12 students went to The Wycombe Swan for a ‘Safe Drive, Stay Alive’ presentation which was quite hard hitting and always makes a significant impact on the students, many of whom will start to learn to drive during this year. Year 7s and 8s enjoyed the astrodome which came to school this week, as it has been doing for around a quarter of a century now! As always, the students and staff were fascinated and the students learned a good deal. We have also had the Senior Maths Challenge taking place and while the students found this difficult (and rightly so) they very much enjoyed grappling with the complex mathematical problems.

We have had some great results on the sporting front with the Year 9 rugby team beating John Hampden Grammar School 17-5 in their County Cup match. The following day, some of the same Year 9 boys played in the basketball team, in a nail-biting 17-16 victory against Amersham School in the County League. Well done. Our girls’ football teams continue to dominate every match. The U16s thrashed their opposition 11-0 in their National Cup game with Megan in Year 11 scoring one of the quickest hat-tricks ever seen in around 5 minutes, also going on to score two more goals. The U14s meanwhile also had a National Cup game, winning 8-1 so both teams progress to the next round. Fantastic!  The girls have also enjoyed a good deal of success in netball, while tomorrow, our boys’ Junior Cross Country Team made up of twins Euan and Archie along with William, Adam, Callum and Isaac, will compete in the Regional Cross Country Competition at Sibford School in Banbury, having won the County Competition earlier this term.  We wish them all the very best and I look forward to hearing about it on Monday.

Happy birthday to Sehrish, Sasha, Emily, Samuel, Abhinav and Pierce in Year 7 who are just about to turn 12 and congratulations to Emily, Owen, Zahra, Anjali, Quinn, Alisha and Oliver in Year 13 who have recently celebrated their 18th birthday. Well done to Niamh in Year 8 who won a ‘spirit of poetry’ competition recently, to Sam in Year 9 who ran the Ley Hill 5k Challenge, coming in 3rd overall and finally to Oreoluwa in Year 10 who has been accepted into the Hertfordshire Secondary Symphony Orchestra.

Over half term, the vast majority of the work to redevelop our quad area was undertaken, providing a much needed outdoor eating and seating area for students to use.  Next week, the final touch, a canopy, will be added so that this area is under cover and can therefore be used even when it is wet.  My thanks to the Friends of CGS who have funded this.

I would like to remind you that next Friday, 15th, is a staff training day so the school is closed to students.  Friday is Children in Need day but because we won’t be in school, we are holding our fundraising day on Thursday 14th and Darwin House will lead this. There will be a mufti day, when students may wear their own clothes and pay £1 to raise money, as well as some other events during the day.

Please save the date for our Christmas Fair run by the FOCGS which this year will take place on Saturday 23rd November, from 12pm to 3pm.  The FOCGS are currently collecting items for their hampers which are always the highlight of this superb event and I would like to thank those parents who have already sent items in and especially those who are braving the cold weather each morning to collect these on behalf of the FOCGS.

Now that the clocks have gone back and the nights are drawing in, please consider having something reflective on your child’s clothing or school bag so that he or she can be seen by vehicles in the dark. Finally, as you would expect following the incident earlier in the week which we notified parents of, we have had a staff presence at the top of Eskdale Avenue at the end of the school day. Several members of staff have expressed concern about the fact that some parents are parking in places which cause obstruction and significant congestion and about the risk this poses to student safety. Parents simply must park sensibly and with care and consideration.  Student safety is our primary concern and, while I understand that it can be difficult to find somewhere to park if you are collecting your child, I must ask that you put safety ahead of convenience. It would be much easier for everyone, parents included, if pick-up was delayed by just 10-15 minutes by which time much of the traffic has left the school site and things are calmer or if you agreed on a pick-up place which is slightly further away from the school which would ease congestion in the immediate vicinity. Thank you. 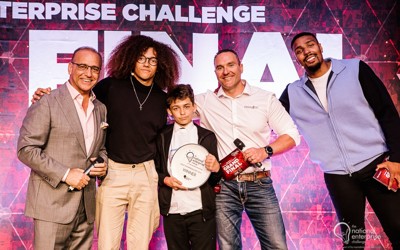 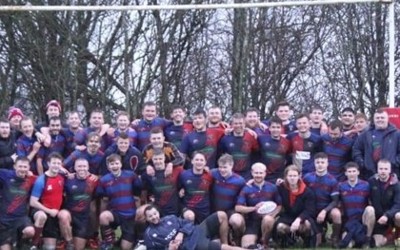