Back to News ListPreviousNext
Posted on: January 28th 2022

A fantastic performance by the U15 girls football team who came from a goal down to beat John Colet 7-1. They are now into the semi finals of the County Cup. Well done girls!

Fantastic performance from the Senior B Netball team who beat the Beaconsfield School 27-8 in their last league fixture of the season. Well done to captain and POM Lauren and to the whole team for great determination and play.

Great work from the 9C Netball team who beat the Beaconsfield School 9As 18-13 after a very strong performance by all. Well done girls and to player of the match Amy.

Fantastic performance from the Senior A Netball Team yesterday who beat Dr Challoner's High School Senior As 33-14 in their league fixture after a brilliant performance by all. Well done to captain Lucy and player of the match Tijana.

Fantastic performances from the year 8 Hockey teams yesterday in their first ever hockey matches for CGS. With the Bs coming from behind to beat DCHS Bs 5-3 and the As beating DCHS As 3-2. Well done girls and to their coach Dr Lota!!

Well done to the Yr 9 BB team, who started their season with a 24-10 win v Princes Risboro. Playing their first game for two years, the team exploded into life in the 3rd quarter. Star man Robert K dominated the scoring #rusty #willgetbetter #enzoscored 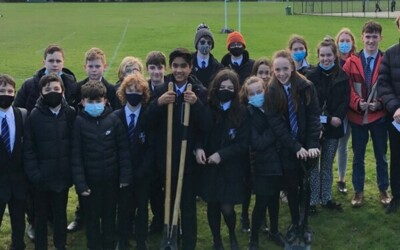 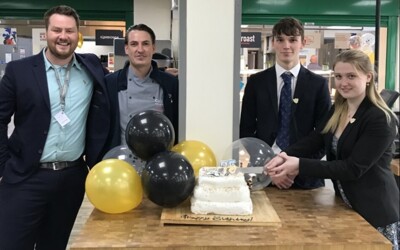