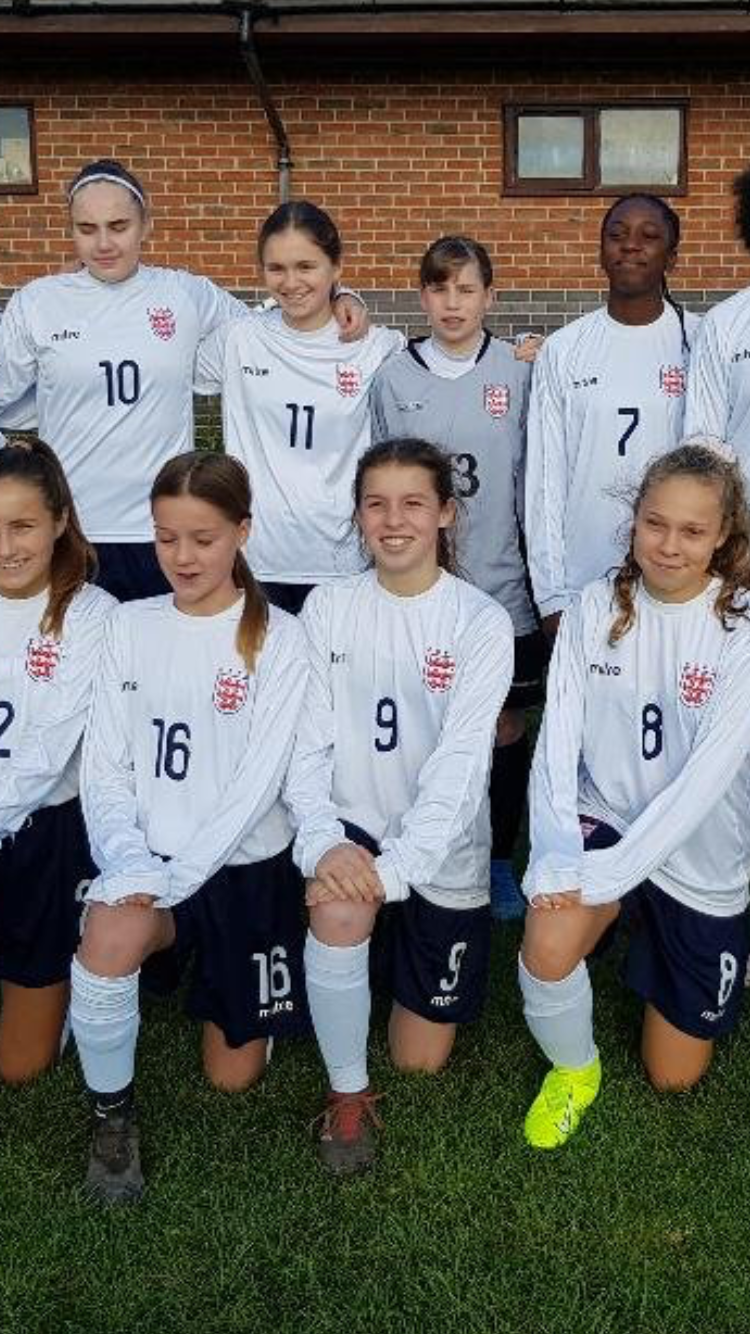 Amelia Bloom continues to wow anyone who sees her on a Football pitch, with some outstanding performances in the CGS Girls' Under 14 Football squad.  Ameila has also been spotted playing for her local club, Chesham FC and has been selected to attend Arsenal Development Squad.  Amelia's rise to the top continues in the coming weeks where she has progressed through a number of regional trials to be invited to attend a trial for the Under 15 England Schoolgirl Squad.  Good luck to Amelia during this process. 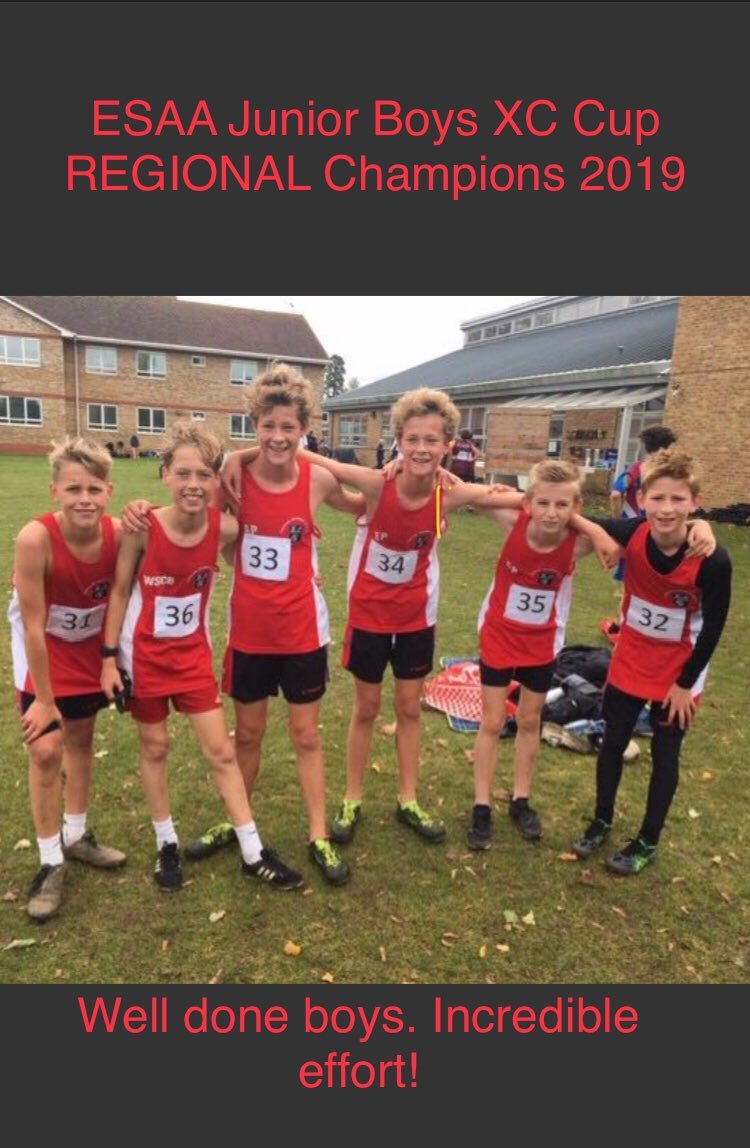 Chesham Grammar School Junior Boys Cross Country team have reached the National Finals, held in December in Mount St Mary's College, Spinkhill, Yorkshire.  The team including; Euan Pinder, Archie Pinder (twins), Adam Jewell, Will St Clair-Burton, Isaac North and Callum Powell have blown away the opposition with some incredible performances in both the county and regional rounds.  Having competed in September at Cottesloe School in the Bucks County competition, some excellent finishing places from the Pinder twins and Adam J and Will St C, meant that they were crowned County Champions.  The regional runds awaited and held in Oxfordshire, the flatter course meant for a far closer race.  The team embarked on an unknown journey to compete against the best students and schools in the South Midlands region.  Another strong performance from the team saw, CGS qualify as winners of the regional rounds, setting up a very exciting place in the National Finals.  Good luck to the team on getting to this very impressive stage of the competition. 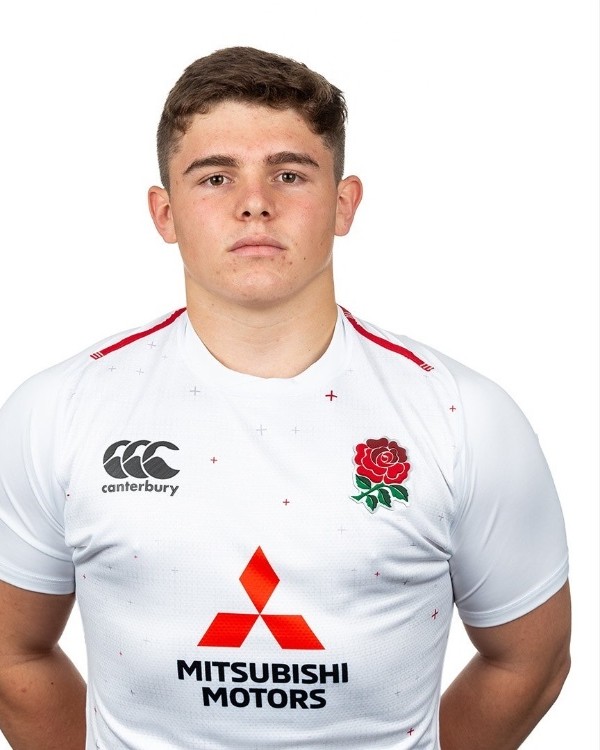 Former Chesham Grammar School pupil, Daniel Eckersley, continues to go from strength to strength in the Rugby world, and is on track to sign a professional contract with Wasps RFC in February.

Chesham based Dan has always been a stand out player in his local school and club teams, and it is not just his skill level and game understanding that have made him stand out.  One of his coaches at CGS, Sam Jackson said,’ Dan was always the most diligent and conscientious student. He was always first to training and last to leave, having offered to help with setting up and clearing away equipment. He would always quietly inspire others through his work-rate and leadership skills which combined with his skill set.  This all made him an incredibly good prospect, even at 13 years old when I first met him on a Rugby pitch. Dan is what I would describe as a real student of the game, and an intelligent young man who watched a lot of Rugby and religiously analysed everything he watched in training, games and professional sport. I couldn’t choose a nicer lad and a more professional acting student to have worked with whilst he was at CGS, and I wish him the best of luck with his professional career. Eddie Jones should keep an eye on this shooting star, as before long Dan will be eyeing a squad place alongside the likes of Maro Itoje, Sam Underhill and Tom Curry in the forwards pack for 2023! 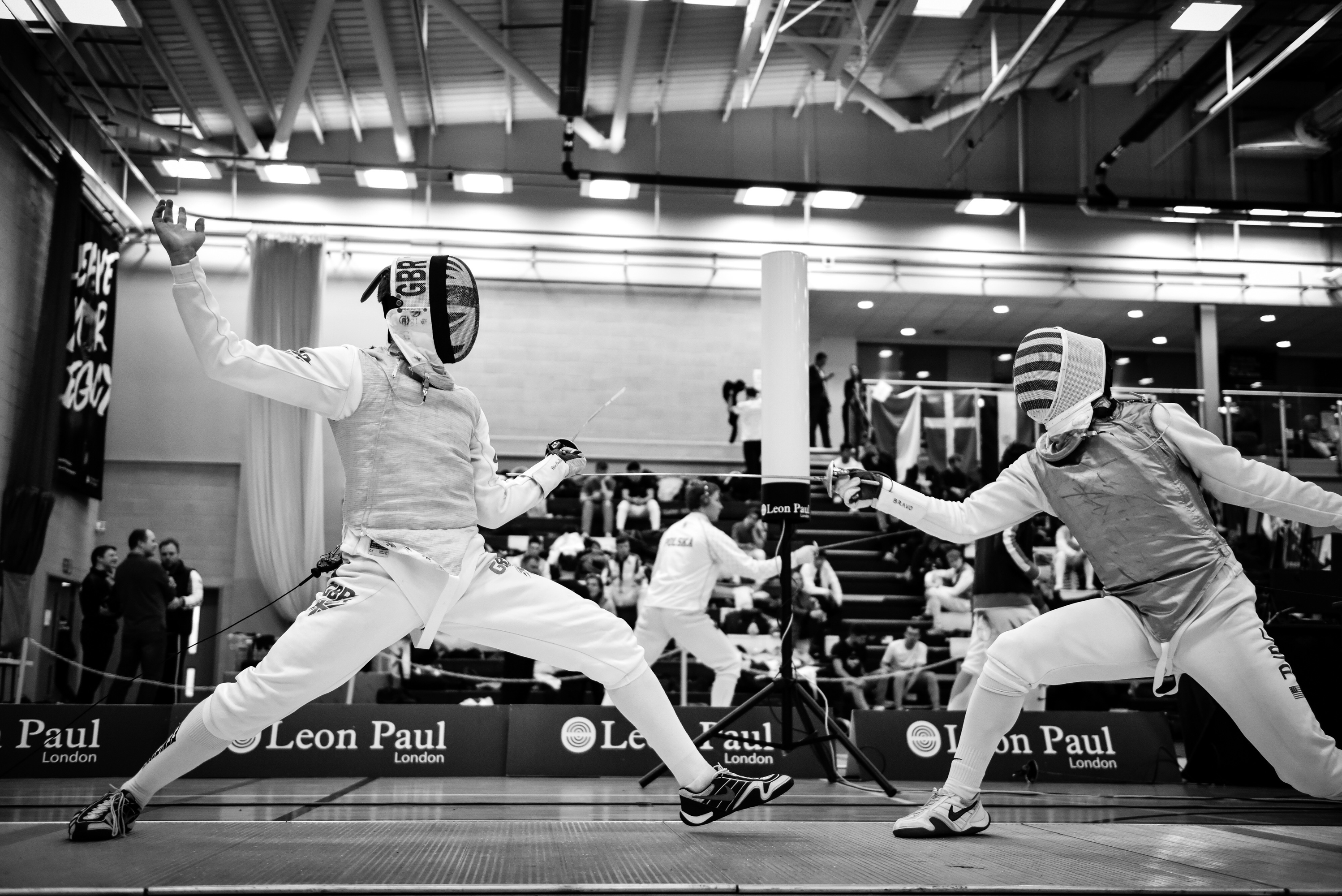 Rafael ‘Raffi’  Rhys Pollitt, who attends Chesham Grammar School, has his sights firmly focused on making it to the Olympic podium. Raffi, a 15 year old student from Prestwood, joined CGS in 2016 to help him pursue his dream of making it to the top level in fencing.

Over the last season alone, Raffi has competed and trained in France, Russia, Spain, Italy, Poland, Germany, Hungary, Slovakia, Denmark, and Holland, and has flown thousands of miles, in search of the standard of fencing to push him to the next level. Raffi has already shown his great potential on various international platforms. Last year as a 14 year-old he finished 13th at the European Cadet (Under-17) Foil Championships and 7th as part of the Boys’ Cadet Team. This season he finished 5th in the Manchester International Cadet Competition, and with the team won a bronze medal at the Budapest Cadet Cup out of 50 teams from all over the world.

If you were to meet Pollitt in person, he is articulate, unassuming and carries himself in a very dignified way, but outside of his fencing exploits, you would have no idea of the level that he competes at or the numerous hours of training that Raffi puts in at Fencers Club London and as an athlete on both the U17 and U20 GB Men’s Foil Squads, as well as a fencing athlete on British Fencing’s Talent Pathway.  For the second season in a row, Raffi is both the captain and the anchor for the GBR cadet boys’ team in each international team-match. This combined with his academic success to date, and his modesty and poise when dealing with everyday life at Chesham Grammmar School, make Raffi a very impressive young man.

As with any high level sportsperson, Raffi has a huge support network which he readily credits with playing an important part in his development.  His parents, Sian and Den, have given him a hugely supportive home-life, to enable Raffi to become the happy and well balanced young man he is today, but also to excel in his chosen discipline and his academic work.  His club coaches, Dominique Szokolovics and PaweÅ OsmaÅ ski and Chris Galesloot, the Lead GBR Foil Development Cadet and Junior Coach, all believe in Raffi as a talent who is capable of holding his own on the world stage.

Lead GBR Foil Development Coach, Chris Galesloot says, “I have had the pleasure to directly work with Rafael Rhys Pollitt for almost two years now in my role as the lead GBR Foil Development Coach. I am therefore very excited about Rafael’s potential in this sport next season still as an Under-17 fencer, after that as an Under-20 international and ultimately as senior athlete representing Great Britain at the highest level.

Raffi's ambition is to be world champion and to this end he is fast having to get used to the media attention and additional commitments that come with succeeding in sport.  His local fame has already seen him invited to hand out an award at the Chiltern District Council Youth Awards Ceremony in March.

He has also become a regular on social media, to keep everyone updated as to his latest triumph when abroad competing.

The 2018/19 season sees Raffi selected to represent GBR at The Cadet European and World Championships in Italy and Poland. Next year, Raffi will start to travel further afield when the World Championships will be in Salt Lake City, USA and Cairo, Egypt, in 2021. This summer, Raffi has been invited by the National Coach of Poland to attend their closed training camp as a high-calibre sparring partner.

Coach Chris Galesloot says, “I am honoured to be able to work with Rafael and pledge to give 100 percent of my dedication to help him realise his dreams, and I hope that whoever reads this feels excited too, to contribute to help Rafael fulfill his potential.” With Raffi’s target to compete on the world stage and make history for the GBR squad, he is certainly a local name to watch out for.