Back to Blog ListPreviousNext
Posted on: July 12th 2019

What. A. Week!  Before I say anything about activities week, I want to say a huge thank you to all the staff as well as a massive well done to Miss Wright.  She has masterminded the whole week and I am still not quite sure how she managed to pull the whole thing off.  As I write this, on Friday evening, most of the visits have returned to CGS.  Aside from the 7 residential visits to places home and abroad, there were numerous day visits and workshops taking place.  At the last count there were around 30 different activities and visits taking place this week, eachl, these days, requiring its own risk assessment and event specific plan. If you think about how much time goes in to planning a holiday for a family of four for example, you can perhaps imagine the time involved in planning the logistics of 4 adults taking 44 13 year olds through airport security and onto a plane to Spain (yes - that's 11 children each!) or of walking 52 children though the streets of Paris or 167 through London! The staff have willingly given of their time and in many cases have literally given up the whole week. When you are away on a residential, you are quite literally on duty every minute of every day. Your children have had the most amazing experiences. If you have followed the dedicated Twitter page, @cgsaw2019, you will have seen the range of these. Year 7s were in Wales or Weymouth enjoying lots of activities from raft building to zip wires while Year 8s were on one of three visits organised by the languages department to Paris, Boppard, Germany and Cantabria, Spain.  Year 9s and 10s were based at home (with the exception of many of those doing GCSE Spanish who went to Salamanca).During the week, both year groups took part in a radio workshop, where they learned the skills of broadcasting. Each workshop culminated in a live radio broadcast from CGS Radio! You can listen to the live shows here: https://andertontiger.com/listen/ They are hugely impressive.  My personal favourite is the live call at around 16 minutes in on CGS Radio Show Yr 10 Group 1 where a Headteacher, Mr Rockey, calls in from his primary school in Wiltshire to talk to the students.  I have googled Mr Rockey and his school and can vouch for the fact that he is a real Headteacher rather than a set up!  Other activities included a history visit to London for a Jack the Ripper tour (Jack the Ripper is one of the first things students study in GCSE history), a visit to the theatre to see The Mousetrap, a visit to Shakespeare's Globe Theatre and one to Harry Potter World along with numerous workshops in school from computing to science, drama to WE club.  And during the week, those in Year 12 undertaking their Gold Duke of Edinburgh Award successfully completed their expedition and are to be congratulated.  During the week I have received several emails from those who have worked with our students.  The man running the radio workshop has done this in many schools and said that our students are the best ones he has ever worked with, commenting not only on what they produced but on their impeccable manners while the staff running the Generation R workshop wrote "we were blown away by the students we worked with".  As if all that were not enough, two teams of Year 10s who won the in-school round of the National Enterprise Challenge earlier in the year travelled to Wembley Stadium on Wednesday to take part in the national finals.  This is a prestigious competition sponsored by Theo Paphitis of Dragon's Den fame. Both teams did really well and we were absolutely delighted to win the overall competition. The winning team, called Girls Get Goals, was hugely impressive which made the decision of the judges an easy one, we are told.  This is the second time we have won this competition. Well done to everyone and thanks to Miss Thoday and Mrs Rasekh who have guided the students as they have prepared for the big day. The following day, two groups of Year 9s took part in the Go4SET Industrial Cadets Graduation Day.  Again both teams did well with one team coming away as overall winners.  CGS is on a roll! The final visit of the school year departs tomorrow.  A number of Year 12s are leaving for the experience of a lifetime, an expedition to Botswana and Zambia. We wish them all well for this and I look forward to hearing all about what have no doubt will be life-changing experiences.

Next week we return to school as normal for the final week of the school year. We have Junior Prizegiving on Monday and House Performing Arts on Wednesday, the last event of the year and this time next week, we will have waved your children off for the last time and wished them well for the long break ahead.  Can I remind you that we finish at 1.15pm on Friday 19th.

For now, I wish you a relaxing weekend. I would imagine that your children will sleep well tonight! 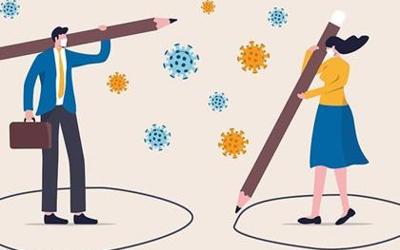 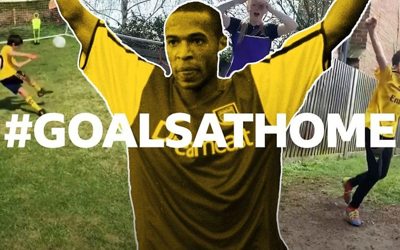