Back to Blog ListPreviousNext
Posted on: March 8th 2019

As I write this, just under 50 girls in Years 9 and 10 and 4 staff members are just about to depart for Wiltshire, on the girls' netball and football tour organised by Mrs Fleming. We wish them all a hugely enjoyable and successful weekend and look forward to hearing about it when they return.

On Wednesday, members of the CGS WE Club travelled to Wembley Arena to take part in the 'WE Day' event.  WE is a movement which aims to bring together young people interested in social justice, giving them the tools to create positive social change in their communities and around the world.

This event was attended by over 12,000 young people who enjoyed hearing from a number of very well known celebrities including Prince Harry who attended in his capacity as President of the Queen's Commonwealth Trust. They also heard from one of our own students, Neta. Not many of us have made our public speaking debut in front of a crowd of 12,000!  Mrs Rasekh, who oversees our WE Club and accompanied the group to Wembley Arena, said Neta was superb, talking about the work at CGS with confidence.  Very well done, Neta and to all those involved.

Over the course of the last few week, several students in Year 8 have been taking part in a project called Art Beyond Belief during which they have been discussing the themes of resilience, identity and art.  They have also created ebooks on these themes.  This project was run in conjunction with Chiltern Hills Academy and last week, the students involved went to CHA where they presented the ebooks to Year 6 students from Chartridge Combined School.  The students gained a good deal from the day and the feedback we have received about them was that they were hugely impressive.  Well done to: Annabel, Madeleine, Oscar, Tobin, Bethan and Jessica and thank you to Mrs Taylor who organised this.

I would like to congratulate Jessica in Year 9 who has been nominated for an England Golf Award 2019 in the 'Young Ambassador' category.  Well done Jess.  Also well done to Annabelle, Chloe and Poppy in Year 7 who completed the Scout event 'Endurance 40' on 2nd March as part of a team from their local scout group.  This is a 40km hike around the Chilterns and the girls completed the course in under 11 hours.  Last Sunday, Leo in Year 12 completed the Berkhamsted half marathon.  Having been moved by Olivia's assembly last term about her sister Liberty's battle with cancer and her death at the age of 14, Leo was inspired to raise money for Liberty's Legacy by asking people to sponsor him for his half marathon and so far he has raised around £650.  I am sure you will agree this is fantastic and we are very proud of Leo. Should anyone wish to add to this total, please go to:

As you will be aware, Bucks County Council recently held a public consultation on proposed changes to Home to School Transport.  On Monday, the County Council’s Cabinet met to consider the findings and we received a letter asking us to let parents know that the following decisions were taken:

We are told that implementation details will follow in due course.

Every week, we receive calls and emails from parents about lost property.  Please can I ask you to make sure that you name your child's property.  If an item is lost, it will always be returned to the student to whom it belongs if it is named but every half term, we have to dispose of an eye watering amount of property which is unnamed and unclaimed.  In the past this has included football boots, coats, tennis rackets and even spectacles.  As you can imagine, this is necessary as we do not have the space to store large amounts of lost items but it is very frustrating as a couple of minutes spent naming items would avoid this.  Please can I also ask parents to appreciate that we do not have the manpower or the time to track down an individual student's lost property.  We regularly receive such requests from parents who are understandably concerned but it is simply not realistic to expect staff to undertake the task of searching the site for lost items.  Please encourage your child to take good care of his or her belongings. For those who have a locker, this is easy! If an item does go missing, your child can go to lost property to see if it has been handed in and, as I said above, anything which is named will be returned to the student.  Thank you.

Finally, congratulations to those in Year 13 who have recently turned 18: Carl, Monty, Olivia and Maya.  Happy birthday!

Next week, all three of our girls' football teams play in their County Cup Finals and we wish them every success. 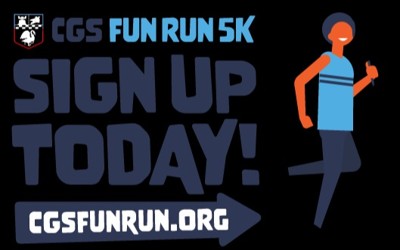 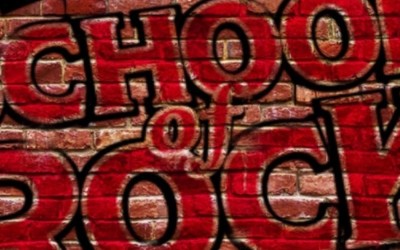