Back to News ListPreviousNext
Posted on: November 25th 2021

A Chesham Grammar School pupil is leading the way for young female footballers to follow in her footsteps.

Amelia Bloom, from Amersham was invited to attend the England Ladies training camp during the half-term break, where her incredible skills have seen her tipped for success in the future.

This is not the first flush of success for the young player with her team at Chesham Grammar having previously won two county cups.  Amelia was also selected to play in the Under 14s National School Football Cup where she progressed all the way to the semi-finals before ending her run prior to the Covid lockdown.

Amelia’s dedication to the sport has also seen her take part in several TV football shows including Football Focus and BT Sport, and she currently plays for the under 16s girl team at Arsenal, a major league club that remains one of the most successful clubs in English women's football.

Richard Pontin, director of sports at Chesham Grammar School, said:  "Amelia is a fantastic student who loves to play football. She is a real role model to the younger students with her dedication and determination. I wish her every success for the future, and I do not doubt that she will go far in her blossoming career as a ladies football player.”

Mr Pontin also credits the growth of women’s football in the wider community for inspiring players like Amelia and said: “As well as the opportunities available within the school, we are very lucky to have local teams around us in the Chesham area that offer football training to girls of all ages, including Chesham United and Berkhamsted Rangers.”

With 35 Women's Super League matches to be shown live on Sky Sports from the 2021/22 season, women's football is becoming more and more accessible to players and fans alike.

This year, the FA also launched a new campaign – Let Girls Play – to help unlock equal opportunities within the sport. With only 63 per cent of schools currently offering girls’ football in PE lessons, the #letgirlsplay campaign hopes to see that number increase to over 75 per cent by 2024.

FA director of women’s football, Baroness Sue Campbell,  said on their website: “Momentum is building as the UEFA Women’s EUROs gets ever closer, but we do not want to wait until then to inspire and empower others to help create equal access to playing football at school. Currently, only a third of girls aged 5-18 participate in football every week, and we want to change that. Now is the time to drive a far-reaching ambition to open up the game in every way to girls and the Let Girls Play campaign allows parents and teachers to play a huge role in joining us in this commitment.” 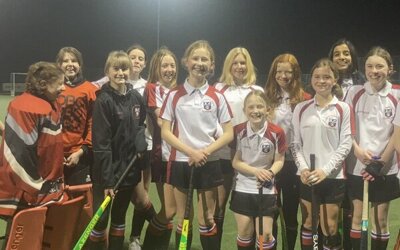 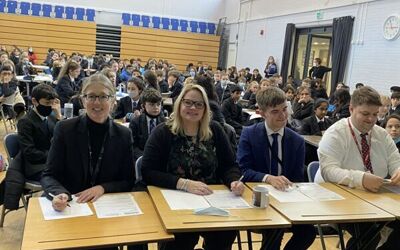