Back to Blog ListPreviousNext
Posted on: December 3rd 2021

I am sure that I am not the only one who cannot quite believe it is already December!  The end of term is rapidly approaching and the decorations are up at school, ahead of the FoCGS Christmas Fair tomorrow.  I would like to thank the Christmas Tree Farm in Chesham for the very kind donation of three trees which have been beautifully decorated by the students this week.  Thank you also to those parents who helped turn our school hall into Santa's grotto on Tuesday night, preparing around 100 fantastic hampers which will be available to buy at the Fair tomorrow. Just a reminder that this runs from 1-5pm and that raffle tickets for the associated raffle can be bought on Parentpay until 10th December.

Usually at this time of year, we are preparing the hall for our Senior Citizens Christmas Party which is a CGS tradition. In normal times, over 100 of the town's elderly residents come to the school on a Saturday afternoon for a party and we know that for many, it is something they look forward to for months. We start receiving calls in August from some of our elderly neighbours who get in touch to find out the date, to check the event is happening and to see if they can bring a friend!

For the second year running, we are sad not to be able to hold this event.  Last year, our Head Girl and Head Boy decided instead to provide our guests with a Christmas hamper and these were delivered by a team of students, parents and staff.  It is fair to say that they were very gratefully received. Our current Head Girl and Head Boy, Isobel and Thomas, have decided they would like to do the same this year. Please find a letter from them asking for donations so that we can once again bring a bit of Christmas cheer to some of the elderly people of our town. Thank you as always for your support and to Isobel and Thomas for leading on this.

It has been lovely to receive lots of good news this week. Well done to Lucy in year 10 who has qualified for two events at the Winter National Swimming Competition in Sheffield. This event is taking place at the moment and we wish Lucy all the very best.  Congratulations to Anna in year 9 who has passed grade 7 piano with Distinction and to Sam, also in year 9, on achieving Merit in grade V music theory.  Ethan in year 8 passed grade 3 piano exam last week while Carla in year 7 passed grade 2 clarinet with Merit and Max in year 7 passed grade 3 saxophone with Distinction.  Finally, we were delighted to hear of the success of Sienna in year 9 who received two awards last week from her Bucks County Pony Club OBHS for all her hard work and her contribution to the club. Well done.  This week, we held our first House Maths Competition which included rounds for each year group and a teachers' round. This was brilliant - hugely competitive and immense fun! It was organised and run entirely by some of our year 13 students who did a superb job throughout the two days. Very well done.

Last week, I reported on the success of our U16 girls' football team who have progressed to the next round of the National Cup.  I am delighted to tell you that on Wednesday, the U18 team also won their National Cup game against Vandyke School in Leighton Buzzard which means they are into the next round too.  Fantastic!  We look forward to the draw for the next round and to the matches for both teams.  We know that the U16 girls have been drawn at home and we have our fingers crossed that the same is true for the U18s.

As I write, our team of Intermediate Boys, Euan, Archie, Adam, Luca, Sean and Callum, are en route to a hotel in Exeter where they will stay overnight before going on to Newquay, Cornwall, tomorrow morning, to compete in the English Schools' Athletics Association's National Cup Competition, having made it through the County and Regional rounds this term.  They will be travelling with other Bucks teams, from Dr Challoner's Grammar School and Dr Challoner's High School and it is good to see teams from all three local grammar schools qualifying and also to see us all working together in this way. I wish everyone a memorable weekend.  Many thanks to Mr Pontin and Mr Stoddern who have organised this and who are accompanying the team.

OTHER SPORT AT CGS THIS WEEK

Once again we have had a good number of fixtures this week.  These have predominantly been in netball, with the focus in boys' sport now turning to basketball, trials for which have taken place across the school this week.  In netball, the Senior A team won 11-8 against Burnham Grammar School while the Bs drew 8-8.  The year 10 A team also played BGS, winning 41-9.  We have also had netball fixtures v Dr Challoner's High School with the 11As winning 27-5.  Finally in netball, our 7C and 7D teams were in action against Chalfonts Community College, with both teams winning.  Well done to everyone involved.  Click here for next week’s fixtures

Last weekend, Amersham Music Centre held a 50th anniversary celebration at the Elgiva Theatre in Chesham and lots of our students past and present were involved.  Music has always been a central part of life at CGS and many of those involved in music within the school are also active participants in AMC. We are looking forward to the first music concert of the school year on Monday 13th December when we are holding Christmas in Words and Music.  For me, this is always when it begins to feel like Christmas!  Due to the current circumstances, we have obviously had to put steps in place to ensure the safety of those involved and those attending and we have much reduced capacity as a result.  Parents of students who are involved in the event have received an email today outlining how to reserve a ticket.  For those who are unable to attend but who would like to watch, we will be recording the event and this will be made available soon after the performance.  My thanks in advance to the Music and English Departments who are working hard to prepare the students for the performance.  Rehearsals are getting underway for our school show, auditions for which were held over the last couple of weeks.  Mrs Neagle was delighted by the number of students who auditioned and with casting complete, the hard work now begins to get ready for the performances of High School Musical next term.  Rehearsals are taking place every Monday and Thursday after school until 5.30pm although not all of these are for all cast members.  Attendance is obviously very important and the rehearsal schedule is accessible to students in Teams.  Performances will take place in February, in the week before half term.

A reminder that we have our webinar for parents run by the Daniel Spargo-Mabbs Foundation on Tuesday at 7pm, giving advice to parents of teenagers about drugs.  Mr Bradbury has also asked me to remind parents that an organisation we work with called Bounce Forward has a programme for parents which sets out to share strategies and ideas which can help parents support children to develop resilience and cope with anxiety.  These have proved popular and we are pleased that additional dates have been added for these sessions. Further information can be found here: https://bounceforward.com/anxiety-and-resilience/

NEXT WEEK AT CGS

Our second Elevate study skills session for year 11 students takes place on Monday afternoon.  The presenters will be delivering a session on time management which will cover a range of key strategies that students can use to manage their time.  Mr Patteson will be sending home information that outlines the key messages of the session so that you are able to discuss the content with your son/daughter and support them as they look to develop their study skills.  We are looking forward to meeting with year 11 parents at our online Parents' Evening on Thursday.  Mock examination results will be issued on Tuesday so that these can be discussed with teachers during the evening.  Shakespeare House Captains are organising a charity Christmas jumper day which will take place next Friday, 10th.  This will raise money for Save the Children and details will be sent home next week. So far this term, we have raised almost £6,000 for various charities which is fantastic and this will be the final charity fundraiser of the term.

Finally, a reminder that students should undertake a lateral flow test on Sunday and that any positive result should be reported via our website.

With best wishes for a relaxing weekend. I look forward to seeing many of you at the Christmas Fair tomorrow. 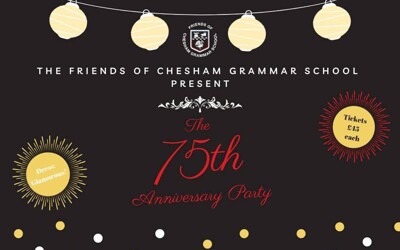 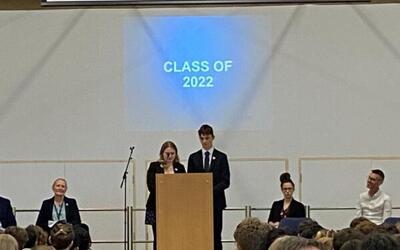